Like any enthusiast activity, fishing has its own lingo. The following terms are sure to come in handy as you progress along in your new favorite pastime.

Blade Bait
A weighted, fish-shaped blade made with a swinging hook and designed for fishing deep.

Buzzbait
These “safety pin” wire lures for surface fishing have a propeller blade on one wire and a weighted body, skirt and hook on the other.

Casting Spoon
A spoon-shaped metal or hard plastic lure that wobbles to attract fish. They can be fitted with a fixed (solid) hook or swinging hook, that has a single, double or treble points.

Chumming
A fishing technique by which bait or scent is released into the water to attract fish to take a lure or baited hook. Chum consists of live, dead, ground-up or prepared baits and scents and is used in fresh and saltwater.

Crankbait
A fish-like hard lure or plug designed to swim under the surface, often made of plastic or wood. Some are combined.

Hook
A metal wire device shaped like a “J” with an opening or “eye” at one end to which the line is tied and a point at the other end to catch the fish. Circle hooks have an angled point. Double and treble hooks have two or three points, respectively.

Jig
Sometimes called “bucktails”, these weighted-body (often lead) lures are molded on special hooks and rigged with a hair tail or soft plastic skirt or worm.

Jigging
A method of dropping a lure into the water over a fishing site and moving it – “jigging it” – up and down to attract fish. Done from a pier or boat.

Leader
A length of monofilament, wire or other stranded material tied between the end of the line and the lure or hook. Leaders provide extra strength or abrasion resistance from the rough mouth and teeth of fish (pike, barracuda, sharks), scales (sharks), gill covers (tarpon and snook) and blows from tails (tuna).

Line
Specialized “string” used for fishing. Nylon monofilament line is the most popular. Other lines are made of different materials, including braided fibers and wire. Fly line is a specialized line made of a plastic coating on a core, and often made tapered (changing diameter) to make fly casting easier. (To preserve good fishing, take any discarded line with you when you leave. Discarded line can snag and harm wildlife, and kill fish, turtles, frogs, birds and small mammals.)

Reel
A mechanical device for holding and spooling fishing line. Reels have a line spool, abrake to slow running fish, a handle to retrieveline, and a foot for clamping to a rod. Reel styles include CASTING (revolving spool), SPINNING (line coiling off stationary spool); SPINCAST, (like spinning but with a nose cone), and FLY (storing thick fly line and backing).

Rod
A pole, usually made of fiberglass, graphite or composite materials and used to catch fish. Different types are available, such as rods for spinning, fly fishing, spincast, baitcasting, offshore trolling, surf fishing, jetty/pier fishing, etc. Most rods have a reel-holding clamp and guides through which the line runs.

Sinker
A weight of lead or other metals designed to sink a hooked bait or lure.

Snap
A small device similar to a dog leash snap, tied to the line and used for attachment and quick release of hooks, rigs and lures.

Soft Plastic Lures
Made of a soft plastic to resemble a worm, lizard, crayfish, minnow, shrimp or generic wiggling creature. Often sold in bulk to be rigged on a hook by the angler.

Spinnerbait
“Safety pin” style wire lures with one or more spinner blades on the end of one wire, and a weighted body, skirt and hook on the other. Used to fish around structure such as trees and stumps.

Standing End (or Standing Line)
Term used for knot tying, representing the section ofline leading up to your reel. It is opposite of the Tag End.

Still Fishing
Fishing without moving the bait once it is cast.

Strike
Any “hit” by a fish taking a lure or bait.

Swivel
A small device with two or more eyes (rings) and a central swiveling part. They are used between a lure or leader and line to prevent line twist. Otherwise, line twist can occur when a revolving lure twists line to cause tangles.

Tackle Box
A box or bag with special compartments and features to hold terminal tackle, lures, hooks, and other fishing gear.
Tag End
A term used for knot tying, representing the end of your line (opposite the Standing Part of line leading up to your reel). This part is what you clip off after tying your knot.

Terminal Tackle
A general term for describing bobbers, sinkers, hooks, rigs, snaps, swivels and other gear used at the end of a line.

Topwater Lure
Lures made of hard plastic, wood, hollow rubber/plastic and designed to float on the surface to attract fish when twitched or moved.

Trolling
A method of slowly running a boat while trailing lures or bait. This fishing method is used to cover a lot of water and to find fish.

Trolling Spoon
A large spoon that is trailed, or trolled, behind a boat to catch fish.

Tube Bait
Made of soft plastic, these tubular lures are fished with special weighted hooks inserted into the hollow body.

Weedless Spoon
Wobbling spoons made with a fixed hook and guard for fishing in weeds. 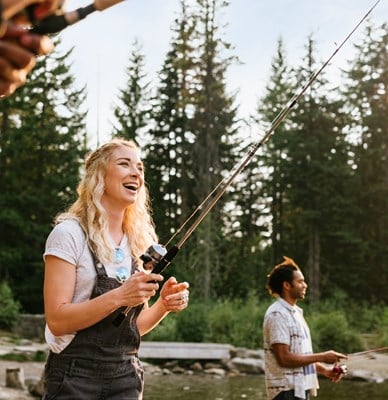 Add Fishing to Your Adventure 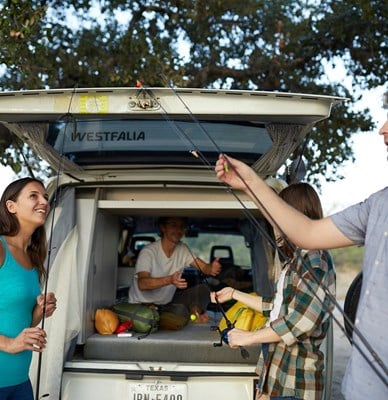 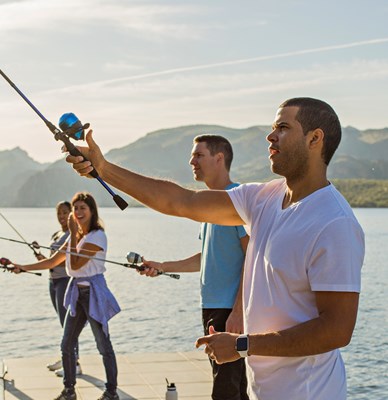 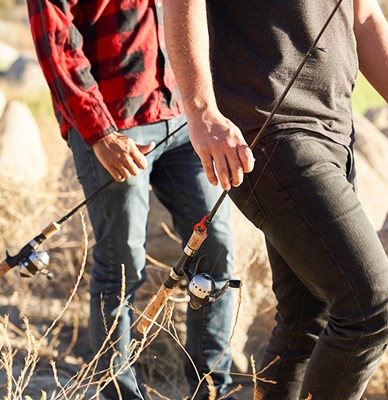 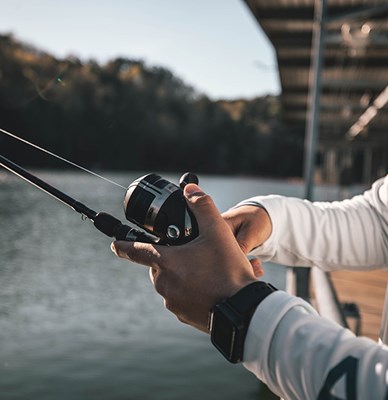 Be A Better Angler 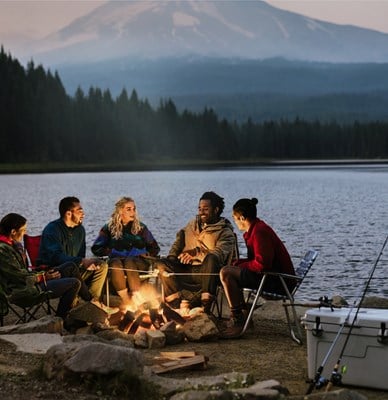 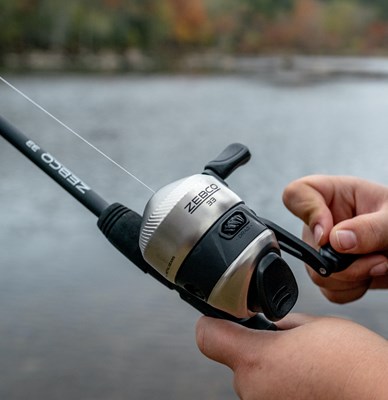